For those of you who may not know, Pants and I are proud alumnae of Boston University, Class of We’ll-Never-Tell-For-Fear-Of-Revealing-Our-True-Ages.  BU is a college hockey powerhouse and consistently produces NHL players. 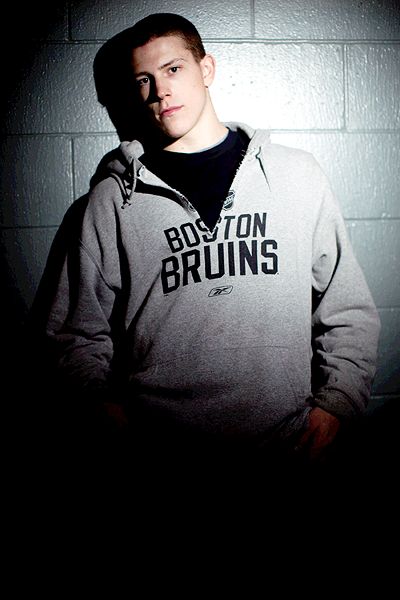 You can take the boy out of Boston, but you can’t take the Boston out of the boy.

The 21-year-old, 6’3″, 221 lbs forward is in his first full season with the Minnesota Wild.  The former first-round draft pick (28th overall in the 2010 Entry Draft) has only 10 points on the season and while he isn’t exactly tearin’ it up (yet), we had to give him the honor for this one simple and utterly adorable gesture.

Charlie Coyle is Santa. Santa Coyle.  Bringing joy to all the little boys and girls. And this blog.   His mom would be so proud.

Since Santa Coyle is in such a giving spirit, let’s see what else he has got for us in his bag of gifts. What to learn all there is to know about Charlie?  Watch this.  It’s 23-minute, but worth watching for a glimpse into the life of a hockey stud.  Including more work outs and a family bbq.