You fill in the blank.

Last night, Tyler Seguin and Rich Peverley both scored in the shootout to lift the Stars over the Bruins.  Perhaps it is a little poetic justice for those two guys who had to endure the embarrassing and juvenile booing and chants each time they touched the puck.

Booing?  Really?  Why is that even necessary? I loveloveLOVE the Bruins but sometimes their fans are just exceptionally ridculous.

In case you’ve forgotten, Seguin and Peverely didn’t ASK to be traded from Boston.  Their departure from Boston was a product of salary caps and business strategies.

Now, I don’t pretend that Seguin is some perfect, sacrosanct hockey player.  He made personal and professional mistakes that didn’t help his cause and contributed to the ease of his departure, but Peverely – Really, people?  What did Rich Peverley ever do to deserve your ire? 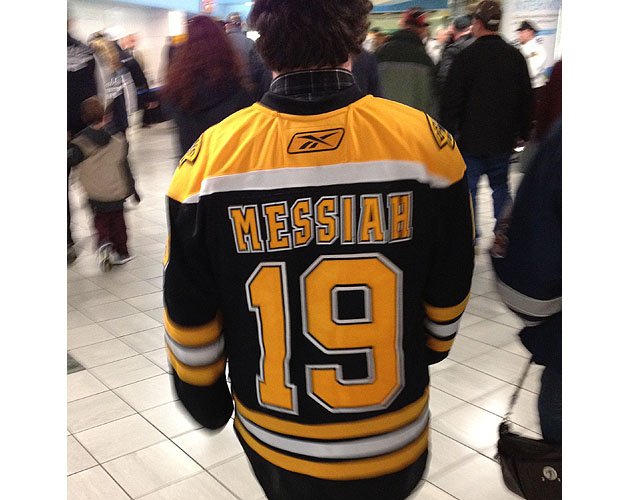 Well last night’s shootout was just for you then.  You know that all your booing and chanting and general turpitude just made Seguin and Peverely even more determined to shut you up.  And they did.  So good on ya. WTG.

Now they hate us and never want to come back here and it is all your fault.

Side Note: World Series champ Mike Napoli was at the game.  His beard, people.  It is glorious. I’m in love with him.