It is a well documented fact that I love lumberjacks. This girl is living my fantasy. All that's missing is a red & black checked shirt.

In all honesty, I’d totally forgotten about Nasher.  But then he goes and makes the All-Star Team again and like the tulips in the Boston Public Gardens in the spring…my love is renewed. 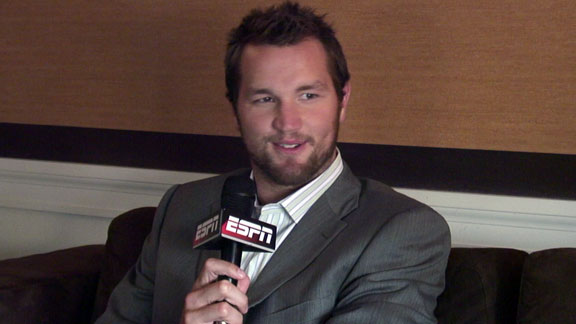 I'd like to take this opportunity to thank my awesome girlfriend. Her name is Chuck and she's amazing.

Can you really blame me for forgetting about him?  He plays in a small market team that very rarely, if ever, plays mine. (read: Not on TV)  His team is never on Versus or NHL on NBC.  (read: Not on TV)  I’m so delighted that he got some screen time at the NHL All Star Fantasy Draft.  Seeing him NOT be so horribly awkward like a majority of the other players make me realized the reason why I’d loved him in the first place. Nasher at All-Star Draft.

Look out, Mike Green. Nasher & his hair are coming for ya.

So, why is Nasher so Foxy?

Ricky, the fire in my heart burns for you once more.

And thanks to newly found videos on the Bluejackets’ website, I promise that it will never again die out.

Those jeans should be illegal.